Powdery mildew, also known as cenicilla, is a disease that is caused by stone fruit trees by the fungi Sphaerotheca pannosa and Podosphaera tridactyla and which mainly and more importantly affects the peach tree, as well as the nectarine and the apricot tree.

It is important to detect its presence in time, since it can cause great damage to crops, and we can do so by observing and identifying the characteristic spots of white cotton powder that appear on leaves, shoots and / or fruits.

Next, we develop basic information about powdery mildew to avoid it or, if necessary, minimize its impact on stone fruit trees:

During the winter, the fungus generates the mycelium to nourish itself and conserves its spores in structures called cleistothecians.

With the arrival of spring, the release of the spores takes place, which will help the fungus to spread and colonize new parts of the crop. Its development will be favored in humid environments with mild temperatures. Rains and high temperatures that can be reached in summer will help slow down the infection.

Until the fall, the fungus will continue to spread to a greater or lesser extent, depending on environmental conditions, and will again produce cleistothecians to protect the spores during the winter.

-Direct: Weakening of the crop by feeding on it and its production when the fungus attacks directly on buds or newly formed fruits.

As previously indicated, the fungus generates a white powder with a cottony texture that can be seen on leaves, shoots and / or fruits.

It is necessary to be vigilant and observe well when mild temperatures are combined with high ambient humidity because it is when it develops the fastest and it is easier to detect its presence.

To try to avoid their presence on our plot it is very important that we carry out proper management. Prevention is always our best weapon against any type of pest or disease.

Thus, it would be advisable:

In addition, we can always help us with specific products to face it and avoid serious damage to the crop.

From Idai Nature we recommend the use of natural solutions such as OROCIDE (Registration number: ES-00867), formulated from 6% orange oil, for its high effectiveness and because it does not create resistance. 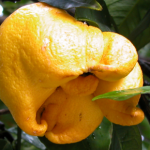 Lemon mites, what damage does it cause? How to combat it?Agricultural Biocontrol 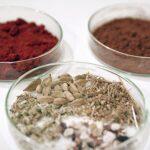