Grapevine trunk diseases and how to prevent them

What are grapevine trunk diseases?

Grapevine trunk diseases (GTDs) occur when a group of fungi that has lived in the vines for years attacks and colonises the vine wood. Some symptoms of these diseases are: trunk discolouring and necrosis, and vascular system infection; spots or foliar chlorosis with distinctive patterns such as discolouring of veins and edges; late budbreak and bud death; floral abortions; reductions in strain productivity, and even strain death.

How are GTDs handled in Spain?

There is no official national monitoring data on the incidence of these diseases in Spanish vineyards. However, there are reports from Autonomous Communities and scientific institutions that show that the problem has worsened over the years.

By 2013, the Valencian Community had already reported that 10% of Valencia’s vineyards were affected, and two years later, various media reported that 20% of Extremadura’s vineyards had this problem too. In 2015, a study by the Instituto Tecnológico Agrario de Castilla y León, reported that the incidence of GTDs in 5 PDOs of that Community was between 2.5 and 5.7%. Other more recent independent reports refer to an incidence of over 10% in the La Rioja area.

How can GTDs be controlled?

Unlike other diseases such as powdery mildew and mildew, controlling GTDs is a great challenge due to the undetermined latency period of the phytopathogens that attack the vine wood. This results in an asymptomatic state in the plant that enables the disease’s progression within the plant, without obvious signs that would alert the farmer to take any palliative or prophylactic measures.

To date, there is no healing product for this issue, therefore all efforts are focused on prevention both at garden centres and in the field.

It is important to remember that the pathogens that cause GTDs have an infection window of up to 4 months and that a wound in grapevine strains can take up to 2 years to fully heal.

Some chemical families (triazole and strobirulins) have fungicide action, both in vitro and can also protect the wood wound. The disadvantage of chemical agents is that their action is mainly though contact and their systemic action, if any, is for a short time.

The advantages of using microorganisms antagonistic to the phytopathogens of the vine is mainly that once the wood wound is colonised, it is difficult for these pathogens to enter. Some of the microorganisms most widely tested are Bacillus subtillis and fungi of the Trichoderma sp. genus. In addition to having a longer-term protective effect than chemical agents, biological control has the advantage that the development of resistance in pathogens is practically non-existent.

Esquive is formulated with Trichoderma atroviride I 1237 (No. 25961) spores authorised for the esca, Eutypa dieback and Black Dead Arm (BDA) control. It is not the only registered trichderma for these uses, but it has the largest number of tests that support its efficacy. Esquive’s fungicide and control activity has been tested under laboratory conditions, in vivo at garden centres and in the field for its effects on pruning wound protection.

With Esquive, not only can the superficial part of the wood wound be protected, but also the deeper areas away from the cut, because T atroviride I12 37 can live inside the vine for long periods, preventing other fungi from settling in the colonised space.

Regarding the profitability of Esquive; taking into account the costs of replanting new strains and productivity losses /ha due to GTD, we have been able to establish that protecting 1 hectare of vines with Esquive is 7 to 10 times more profitable for the farmer than not including this treatment within their preventive measures protocol to prevent esca and Eutypa dieback. 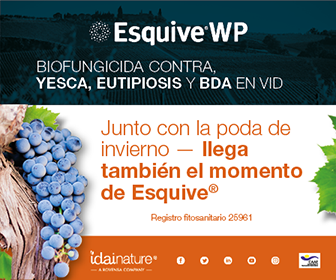 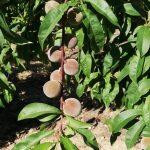 Monilia or brown rot of fruit trees: What is it and how to detect it?blog 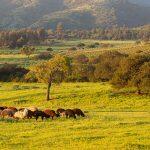