The club from Valencia pioneers the use of natural treatments in order to have grass free of disease and safe for players, workers and supporters.

Valencia CF has decided to use natural products to look after the grass in Mestalla, showing that it is a club committed to the care of the environment and complying ahead of time with the new European legislation that will regulate the use of pesticides in green public areas.

The innovative solutions in biocontrol offered by Valencian company IdaiNature allow the club to offer a prime quality grass, free of any disease and safe for players, workers and supporters.

“We are absolutely thrilled to be able to cooperate with Valencia Club de Fútbol in this pioneering effort in the Spanish first Division which tries to draw attention to the fact that it is possible to have healthy grass using natural products, without residues and respecting the environment in spite of the demands of the football fields” noted Carlos Ledó, IdaiNature Founder and CEO.

He added that they are of the opinion that the supporters will value this decision, “we want to be an example and start to use natural solutions in other stadiums of our leagues”.

The club also stated that “in Valencia CF we firmly believe in environmental sustainability, the respect and care of nature, in as well as of our supporters and players’”. 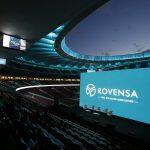