Biodynamic Farming, as its name suggests, is the ‘science that studies life’s own life forces‘ bios (life) and dynamis (strength, power). To qualify its etymological meaning, it is a type of agriculture that bases its activity on putting a farm’s living components into an interrelated whole that balances the availability of nutrients between agricultural production and other elements that live together at the farm, such as animals and other types of plants that nourish the soil, with the aim of giving back to the earth more than the earth provides.

The main difference between biodynamic and organic farming, which is more widespread today, is that the former is based on nature’s life energies, leaving material needs in the background. An example of this is the participation of cosmic rhythms in plant production and animal rearing to enrich the farm.

Its origins date back to the beginning of the 20th century, in a series of conferences given by the father of Biodynamic Farming, Rudolf Steiner, in 1924. At that time, many farmers were already becoming aware of the loss of soil fertility and the lower nutritional quality of food. At that point, Biodynamic Farming, which considers the earth as a body organ of agriculture that must be kept fertile through the use of natural means, began to emerge: crop rotations, natural fertilizers and weed and disease control using plant and mineral based products.

The use of biodynamic preparations has a whole range of benefits for agriculture. Firstly, it increases our soil’s biological activity and improves the nutritional quality of the food produced. In addition, it increases resistance to pests and diseases while improving the formation of humus in the soil.

This way, it is possible to create a unique and balanced agroecosystem called agricultural organism which is gathering strength as a complete agricultural individuality. 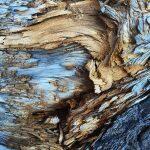 Grapevine trunk diseases and how to prevent themblog 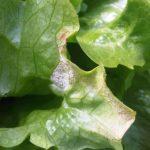