Idai Nature is part of the Vitinnat Operational Group, co-financed between the European Union and the Ministry of Agriculture

Trunk diseases are one of the greatest concerns of winegrowers and technicians and may cause annual estimated losses in Spain of around 600 million euros due to the need for replanting of highly affected or dead plants.
For this reason, the European Union, via the European Agricultural Fund for Rural Development and the Ministry of Agriculture, have decided to co-finance the Vitinnat project, a pioneering investigation that has taken on the challenge of how to eradicate vine trunk problems naturally.
Specifically, Vitinnat aims at the implementation of effective natural solutions for controlling grapevine trunk diseases, on their effect on the health of crops and their productivity, as well as on the quality of the grapes and the resulting wine.
Idai Nature is part of this supra-autonomic operating group the objective of which is to obtain a new, natural, effective and stable product that solves this problem, and one that is likely to be used in organic agriculture and helps reduce the use of chemically sourced active substances on vine crops.
The creation of this group formed by entities from Extremadura, Castile and Leon, the Community of Valencia and the Madrid Community has been made possible via the European Association for Innovation in agricultural productivity and sustainability (AEI-agri). 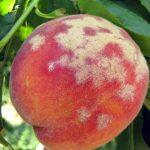 How to naturally remove powdery mildew in peach treesblog, Did you know…?