The company specialized in agricultural biocontrol has increased its sales by 300% compared to last year, reaching 40 million turnover

Once its fiscal year closed on June 30, the Valencian company Idai Nature has obtained the best results in its 10-year history. With the impetus of joining the Rovensa Group in 2018, Idai Nature has experienced unprecedented growth motivated by its organic growth and by the acquisitions made earlier this year.

Agrichem Bio, Even Agro and Grupo Agrotecnología were the 3 acquisitions selected to reinforce Idai Nature’s innovative value proposition in a constantly growing market. The incorporation of these companies, with a portfolio aimed at agricultural biocontrol, has allowed Idai Nature to exceed all the objectives set and become the main player in biocontrol in Iberia, Mexico and Chile.

“I am very proud of the figures we are achieving, the result of the work of a great team and, above all, of believing in the project that will lead us to become world leaders in agricultural biocontrol,” says Carlos Ledó, CEO and founder. from Idai Nature.

Last year, Idai Nature closed with a turnover of 14 million euros compared to the 40 million it has achieved this year, placing the organic growth figure in terms of sales above 20% and a spectacular 300% including the acquisitions made, these figures being even higher in terms of EBITDA, which thanks to the synergies that are taking place have exceeded 10 million euros.

“Taking into account that more incorporations to the business unit are not ruled out, these figures will multiply in the coming years and we will continue to grow in a sustainable and profitable way, which will allow us to generate stable and quality employment in the Valencian Community,” comments  Ledó. 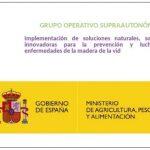 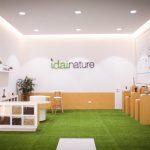